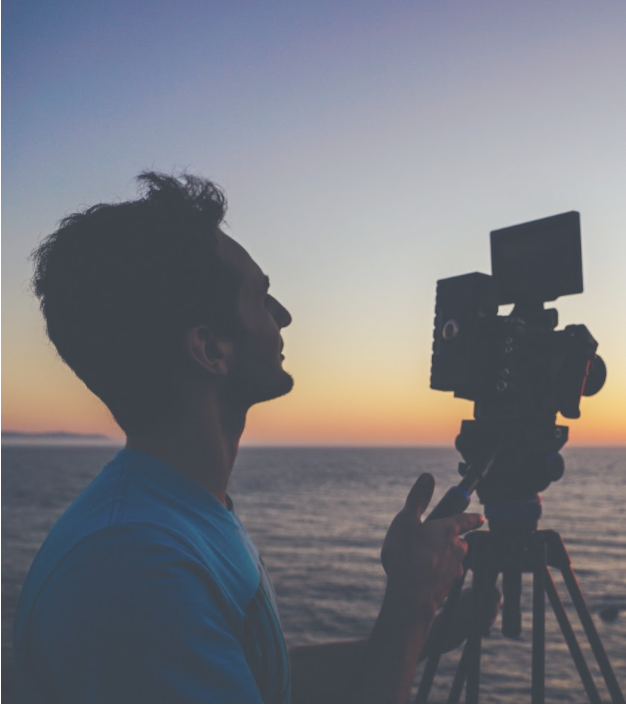 This success story will inspire many young media individuals near and far. Joel Duncan graduated from Adrian in 2016 with a Bachelor of Arts in Communications. During his time at AC, he participated in a study abroad program at Bond University in Australia where he studied Film and Television with a focus on directing and producing. After graduating, Duncan took a big risk–he sold all of his belongings and moved to L.A., one of the most expensive places to live.  Duncan knew the risk he was taking but he pursued his dreams.

He said he got involved with anything he could in L.A. “Since graduation, I have worked as a Director of Photography on TV shows like Private Islands, Boys Toys, Million Dollar House Hunters, Holiday Dream Home, Find Me A Vacation Home, and Tasting America on AWE/DirecTV during my first two years out in L.A.,” he said.  “I also did Stunts in a movie called Sandman where I also was a SWAT team member in the movie and worked on Pitch Perfect 3 movie promos as an assistant cameraman during my first year and another movie called Escape: Puzzle of Fear.

Duncan’s hard work paid off when he received award recognition for some of his shows.

“Two of my shows received an Emmy, Boys Toys in 2020 and Private Islands in 2019,” he said. He was the director of photography for both.

Duncan’s story shows that if you have a passion for something, your work will soon pay off.  Each lesson students take away from AC influences them in a positive way.  When you leave AC, you take with you something different than the person sitting next to you at graduation.  What Duncan took with him was geared towards his extracurricular experiences that helped experiences that helped shape him into the person he is today.

“I think being a part of all the extra things like fraternities and clubs helped me in the business aspect,” he said.

During his years at AC, Duncan was in SGA, Pi Kappa Alpha fraternity, and was involved in the Adrian Film Festival’s inaugural program. He presented many of his own film projects and other submissions as well.

Duncan knew what skills to take away from AC. These skills, such as producing and directing, have helped him in the industry significantly. A true director and producer knows that in order to be successful you have to take the risks. Duncan did just that.

Since the Pandemic, Duncan has transitioned to a different world in the media industry.

“Nowadays, I work more with YouTubers and artists making music videos, short films, and mini-docs as a director and director of photography,” he said. “I have a short film I shot coming out this year called ‘Army Of Two’  and many music videos, mostly in the rap genre. I am also Einer Bankz’ videographer and a part of his camp and team shooting with a ton of different artists for YouTube, Instagram and Tiktok.”For more information on Joel Duncan  visit www.Joelduncanpro.com 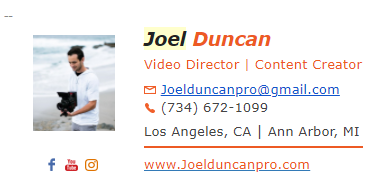