In the Adrian theatre department, the students always perform their best no matter the circumstances, and this year is no different. Even though the Covid-19 pandemic has been ongoing, Adrian theatre students know how to adapt to the changes. They have still performed while wearing masks and keeping socially distant. The students’ ability to overcome obstacles is part of what makes the department so successful. The theatre department, located in Downs Hall, has undergone some big changes this year due to the pandemic. One such change includes stopping rehearsals for the show Tartuffe. This show was supposed to premiere in the Spring of 2020. Instead, it was performed this fall.

When I spoke with senior theatre major, Kelsey Edwards, who has been a stage manager for several productions, she mentioned how the crew has been adapting to the changes.

“When Covid hit, we tried to push and keep rehearsals going, but soon enough, we shut

down. We were told that we would be able to perform once school came back,” says Edwards. “So over the summer, we would have a line party over zoom. The cast would practice their lines

while I stepped in if someone was missing. When school started again, we knew it was

not possible for there to be an audience. So we had a film crew come in and film it for

The theatre department has adapted in extraordinary ways. Even though the students have pushed through many obstacles, it still has not been an easy journey. “It was a new experience for all of us,” says Edwards.

“Masks make it incredibly difficult to enunciate and project well, and it also creates a barrier for reading facial expressions,” she says. “These unique issues have been worked around through extreme focus on diction and the usage of clear masks, but every new day presents unique challenges.” Through the story of a distinguished actress here at Adrian overcoming challenges on stage, we are able to see how individually talented the students who study here are. “With performers having to quarantine and the ever-changing live audience protocols, we are becoming very used to switching our game plan on a dime,” says Buckley.

Theatre major Maryssa McNamara also tells us she is still able to have fun here despite everything going on.

“Everyone in the department is finding creative and fulfilling ways to keep performances fresh and involved. We were all nervous about it at first, but worked together to find alternatives to still be able to do what we love,” says McNamara. “It was an incredibly humbling experience and such a powerful opportunity to work through those obstacles as a unit.”

Just recently reported, Western Civilization: The Complete Musical (Abridged) was the current musical for this year’s production that was supposed to run November 19-21. However due to covid pandemic and Governor Whitmer’s new order, an emergency meeting with the cast and crew involved took place to discuss the outcome of the production moving forward. After much deliberation, the group was asked to choose from having the show performed in 2021 (with no guarantee of it being performed), perform the show November 16th and 17th or just perform on November 17th. The group decided to use two days so they could reach as many people as possible with this production.

Professor Chloé Whiting Stevenson and choreographer of the production watched the show Tuesday night and made sure to congratulate the cast on their hard work and dedication even in difficult times.

“The energy and community everyone brought to the run of this was incredible. Congratulations on bringing this piece to life.”

Here in the theatre program, individuals from many different backgrounds come together and sit down to enjoy a production. Many Adrian productions have people questioning the norm and contemplating the true meaning of the performance that was just put together.

Freshman Nathan Martinez- Hernandez, football player and theatre lover, describes how much he enjoyed the production.

“I thought it was very good and very professional. I could never tell they were not fully prepared for it. It was fantastic,” says Martinez-Hernandez. 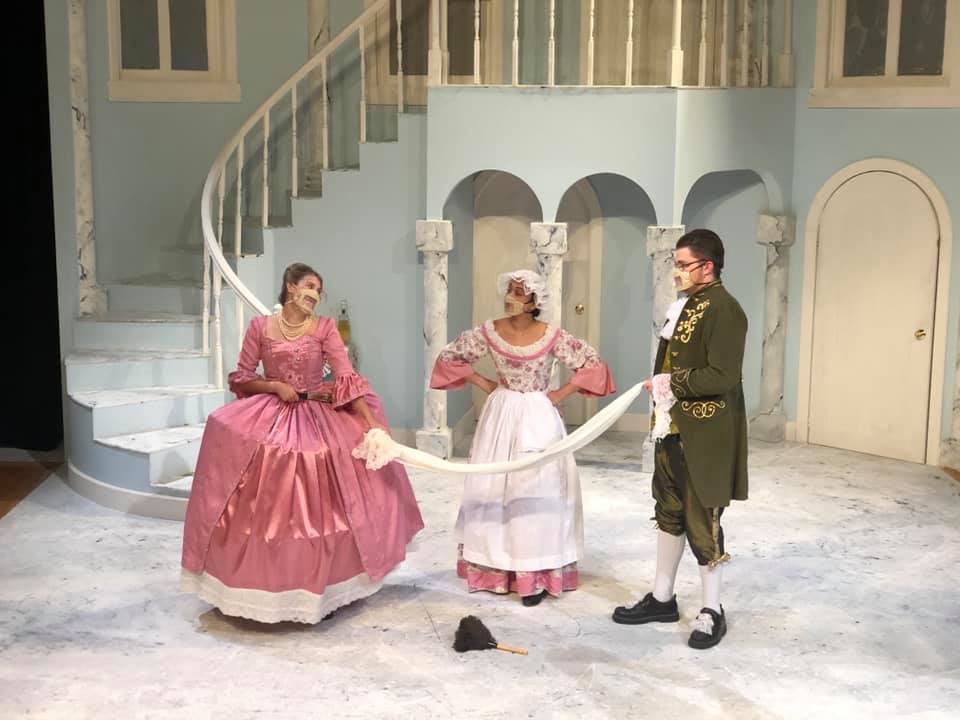